Give Compromise a Chance

The truth is that I sat down to write this piece for the first time a few weeks ago. Three Israeli teenagers now buried in the ground were still smiling and laughing then, and a 16-year-old Palestinian boy whose scorched corpse has since been buried in the ground too was doubtlessly hanging out with his friends at the time.
Haaretz newspaper commissioned the article for the Israel Peace Conference it had organized. In honor of that important event, Abu Mazen wrote an awesome piece and even the US President Barak Obama sent an emotional text, so of course I quickly agreed to write something as well. After all, like everyone else, I have yearned for peace for a long time now, and during those bleak weeks when it seemed farther away than ever, the only thing left to do was write about it. But when I tried to write something I found that, unlike the good days when I could turn out those longing-for-peace texts at the rate of one every two months for every daily paper that wanted to instill in its readers a bit of hope about the future of the region, when I sat down in front of the computer this time, nothing came to me.

On the surface, the security situation was stable, but with the peace talks canceled and the general sense of despair that had infected even naïve America, which had apparently also given up on the idea of a diplomatic solution in the region, it was clearly only a matter of time before a murderous act would take place, to be countered by another equally murderous act. And during those depressing, humid days, I found it hard to write an article on peace without feeling like an idiot, or at the very least, like someone completely cut off from reality.

Meanwhile, summer vacation and the Soccer World Cup games had begun, and a few days later, the familiar regional madness began, managing to be shocking, and at the same time, totally predictable. As the cannons roared and members of the Israeli government made fiery speeches, the Israel Peace Conference opened and I had the pleasure of listening to the speeches and reading the writings of many eloquent, resolute people who continued to talk about the same longed-for peace without blinking an eye, even though, or maybe because now, the earth is shaking beneath our feet.

What is it about that elusive peace so many people love to talk about, though no one has managed to bring us even a single millimeter closer to it?

A few months ago, my 8-year-old son took part in a ceremony in which all the pupils in his class were given a bible to mark the beginning of their bible studies. When the ceremony was over, all the pupils climbed onto the stage and sang a popular song about – what else – the yearning for peace. And at the end of the song, “God Gave you a Gift” (lyrics: David Halfon), the children asked God to give them only one small gift: peace on earth.
On the way home I thought a bit about that song. Unlike the other songs my son sings on Independence Day and Hanukkah commemorating battles he had fought fearlessly and the darkness he had driven away with a flaming torch, peace wasn’t something he wanted to achieve through sweat and blood; he wanted it to be given to him. As a gift, no less. And that, it seems, is the peace we long for: something we’d be very, very happy to receive as a gift free of charge. But contrary to the proven idea that we alone are responsible for our survival, peace depends on Divine Providence.

I think that my son is the second generation, if not the third, to be indoctrinated with the view that the Israeli-Palestinian conflict has been imposed on us from above. A bit like terrible weather, which we can talk about, cry about, even write songs about, but which we can’t do anything to change.

Some two years ago, as part of a special project on writers initiated by Haaretz, I interviewed the Israeli Prime Minister Benyamin Netanyahu. During the interview, I asked him what he was doing to resolve the Middle East conflict. Netanyahu answered at length, discussing the Iranian threat and the instability of other governments in the region. But when I insisted, almost childishly, in getting an answer to my original question, he admitted that he wasn’t doing anything to resolve the conflict because the conflict was unresolvable.

It turned out that Netanyahu, a courageous former officer in an elite combat unit who had faced impossible odds in battle, thinks like my son and his classmates do when it comes to peace. I don’t want to spoil the mood of my Prime Minister or a class of second grade kids, but I have a strong gut feeling that God won’t be giving us peace any time soon; we’re going to have to make an effort to achieve it on our own. And if we succeed, neither we nor the Palestinians will receive it free of charge. Peace, by definition, is compromise between sides, and in that kind of compromise, each side has to pay a genuine, heavy price, not just in territories or money, but also in a true change of worldview.

That’s why the first in a series of confidence-building steps between us and that old unrealized fantasy might be to stop using the debilitating word “peace,” which has long since taken on transcendental and messianic meanings in both the political left- and right-wings, and replace it immediately with the word “compromise.” It might be a less rousing word, but at least it reminds us every time we use it that the solution we are so eager for can’t be found in our prayers to God, but in our insistence on a grueling, not always perfect dialogue with the other side.

True, it’s more difficult to write songs about compromise, especially the kind my son and other kids can sing in their angelic voices. And it doesn’t have the same cool look on T-shirts. But in contrast to the lovely word that rolls off the tongue and demands nothing of the person saying it, the word “compromise” insists on the same pre-conditions from all those who use it: they must first of all agree to concessions, maybe even more – they must be willing to accept the assumption that beyond the just and absolute truth they believe in, another truth may exist. And in the racist and violent world we live in, even that’s nothing to scoff at. 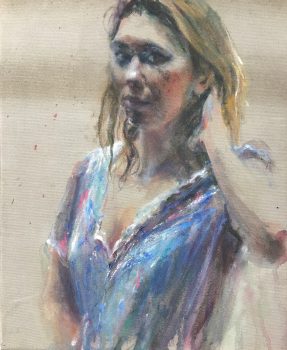 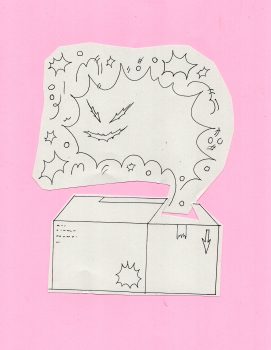 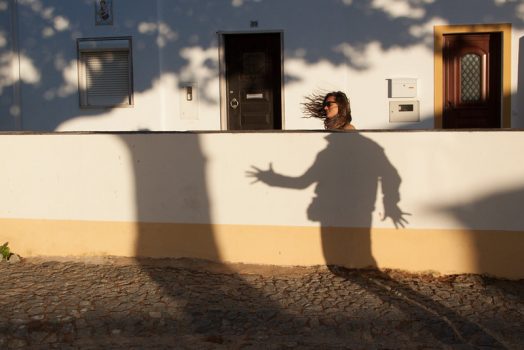 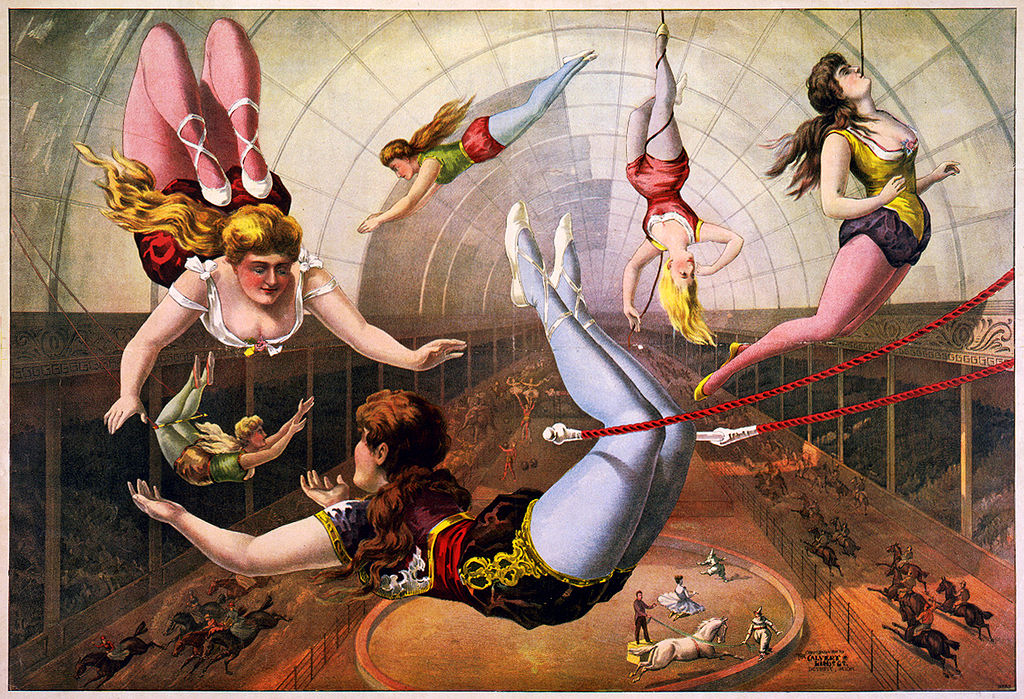 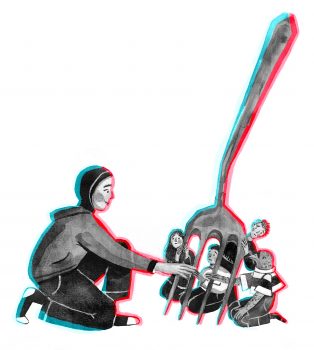 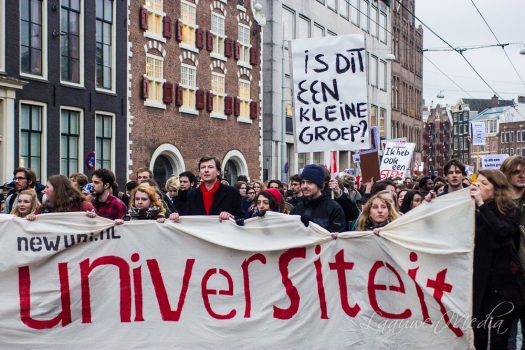 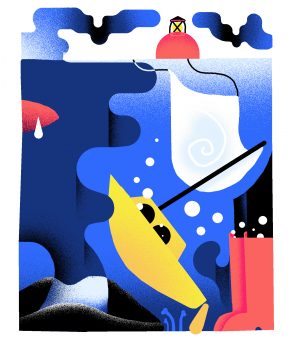 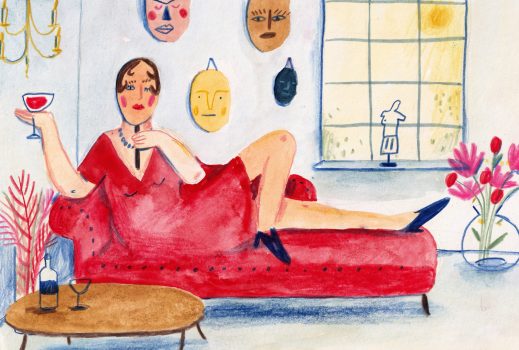 The mask is the face 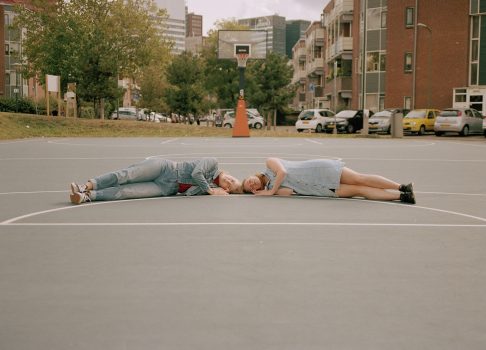 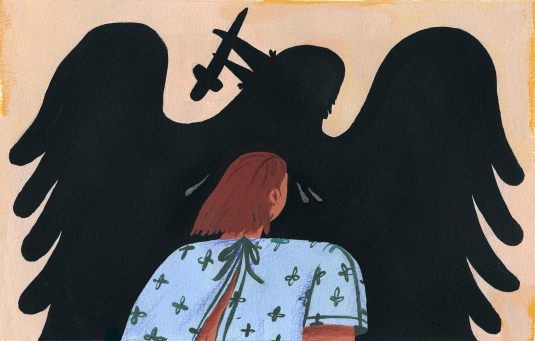 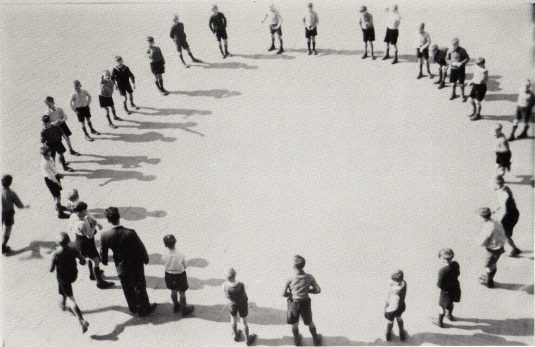 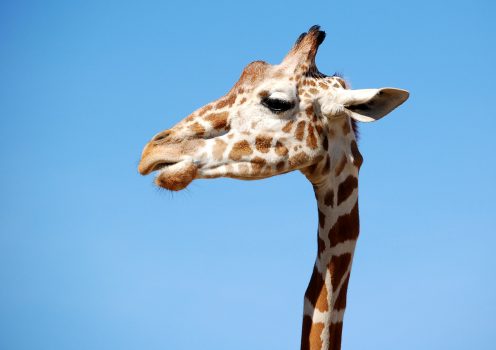 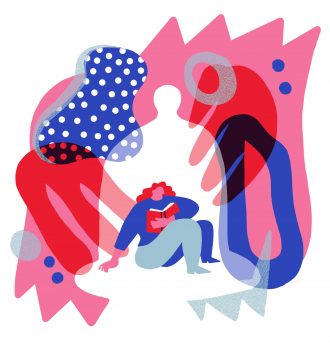